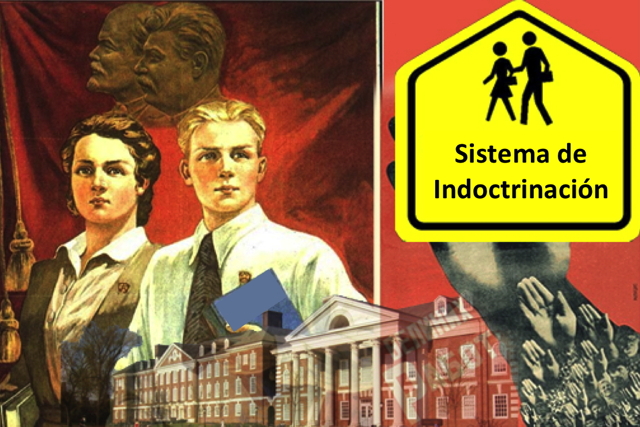 After multiple decades of following failed education philosophies which have reduced literacy rates, increased learning “disabilities”, produced a highly disaffected student body, and fragmented families, Puerto Rico has agreed (been bribed) into ceding total control of its education system to the US federal government by adopting the controversial “Every Student Succeeds Act” (ESSA). Although this decision was taken some years ago, the government is only now holding public hearings on some aspects of this issue. In order that the public remain in darkness concerning the rather mediocre content standards, the PR-DOE, now under the leadership of the ex-Obama bureaucrat Julia B. Keleher, has “vanished” the aforementioned documents [1] from its webpage. It would seemingly prefer that the public remain ignorant of the lack of purpose behind the so-called “content” taught to students. In reality, these “hearings” are merely a tool to rubber stamp what is already a fait-accompli.

Indeed, ESSA, which is oriented to social indoctrination rather than education, will only worsen the current crisis in education. By data mining, ESSA aims to enforce conformity – it is designed to condition students to accept and propagate radical liberal postmodern “values,” thereby producing a population of non-thinkers. This has long been the unstated aim of government schools. According to Gatto [2], such schools produce:

“Young people indifferent to the adult world and to the future; indifferent to almost everything except the diversion of toys and violence? Rich or poor, schoolchildren cannot concentrate on anything for very long. They have a poor sense of time past and to come; they are mistrustful of intimacy (like the children of divorce they really are); they hate solitude, are cruel, materialistic, dependent, passive, violent, timid in the face of the unexpected, addicted to distraction.”

Addendum:
We attach below an evaluation of the year 2000 PR-Mathematics standards, since its analysis of educational philosophy remains useful for understanding the current debate on ESSA.

If the frame below does not scroll on your device click here.

Previous Dr. Duke Pesta and Dr. Sandra Stotsky Discuss Failed Colleges of Education
Next Is Their an Afterlife?
© Copyright