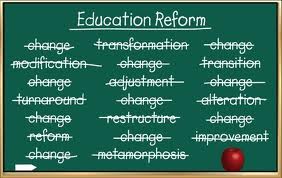 by Phyllis Schlafly
President of Eagle Forum
October 9, 2012
When we list the areas that Barack Obama wants to “fundamentally transform,” as he promised before his 2008 election, let’s not overlook his plans for education. They are as fundamentally transformational, costly and dictatorial as Obamacare.

It’s well-known that public schools are not graduating students as well-educated as before, that Americans score poorly on international tests, and that billions of federal dollars showered on public schools have not achieved any of the designated goals, which were to raise test scores and to eliminate the gap between higher income and lower income students. The Obama progressives want us to believe that the remedy is to turn over total control to the federal government.

That’s illogical and unacceptable, but it fits right in with Obama’s attitude that there is no higher power than the federal government. If Obama is reelected, he will be able to accomplish this task with help from Secretary of Education Arne Duncan, a graduate of Chicago politics.
So the Obama Administration has latched onto a national education curriculum called Common Core that was launched by the National Governors Association and the Council of Chief State School Officers in 2009. Those organizations have very official names as though they are government agencies, but they are actually private groups financed by foundations, such as Gates and various corporations.

Their plan is to induce all elementary and secondary schools to accept a comprehensive national education system that will enforce a national curriculum. National standards will be locked in by the tests students must take called assessments, which in turn are tied to teacher evaluation. The standards instruct the teachers what to teach so their pupils can pass the tests and teachers can get positive evaluations.

This process bypasses parents and state and local school boards, and will fundamentally transform education by dictating what every child will learn and not learn. Of course, the Obama crowd loves this because a takeover of the education system could be as consequential as the takeover of banks “too big to fail,” or of General Motors, or of the health care industry with Obamacare.

No Child Left Behind was a step in this direction, but it allowed the states to set their own standards. Common Core, on the other hand, requires all states to adopt the same federally endorsed standards.

This will be achieved by carrot-and-stick methodology. The carrot is the offer of federal money, such as Race to the Top money granted if, and only if, the states first adopt the Common Core standards. The stick is the threat to withhold federal funds from states that don’t obey.

Cato Institute researchers have concluded that, despite the claim that the adoption of Common Core standards is technically voluntary, “adoption will almost certainly be de facto involuntary, and the standards themselves ultimately federal.”

The essence of Obama Core is control of curriculum because that is where minds are molded and stimulated to higher levels of learning and character is formed. The standards for math and English literature are the only two subjects that have so far been released, and even those were made public only after the majority of states had signed up to use Obama Core.

Many parents will recognize the math standards as “Fuzzy Math,” i.e., teaching very little arithmetic or standard algorithms, and class time wasted in having kids describe how they got their answers instead of teaching them the best way to get correct answers. The English and literature standards are worse because they omit traditional and classical literature, confine kids to boring informational readings such as instruction manuals, and fail to teach cursive writing.

The so-called standards are set low enough for most students to pass the tests. Education commentators say that the graduation standards do not prepare students for college work, and some admit that the goal is only to move kids to two-year community colleges with open admission.

The Obama Core advocates are even planning to impose their standards on private schools. As the school choice movement grows, the attempt will be made to force any private or charter school that accepts public funds to adopt Common Core standards and have their students take the national tests.

Obama Core is a comprehensive plan to dumb down schoolchildren so they will be obedient servants of the government and probably to indoctrinate them to accept the left-wing view of America and its history.