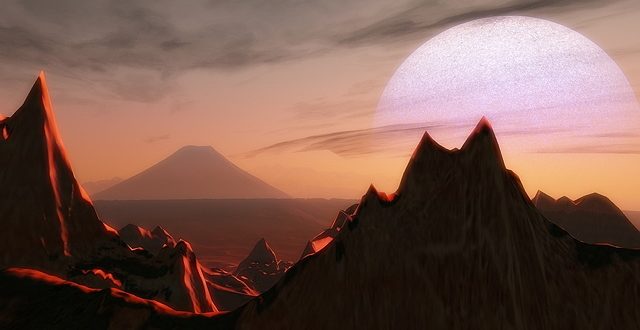 A Fable of Global Warming

A parable to illustrate that the same set of data can be compatible with both alleged global warming and cooling simultaneously, ergo, proving that both sides in this nonsensical debate are correct.

On a certain planet called X, the average temperature had been a steady 16° X for as long as anyone could remember. During a spell of particularly X-clement weather, a climatologist from X took two temperature measurements and obtained the X-treme values of 0° X and 36 ° X for a mean of 18 – a full 2 degrees X above average. Fully cognizant of the fame and pecuniary advantages accruing to the discoverer of such an important scientific finding, the scientist proceeded to write a grant proposal outlining a theory of X-kind induced global warming –of course, taking great pains to hint at possible serious implications for X-habitants if this phenomenon was not immediately remedied by lifestyle changes which might entail drastic X-onomic changes…

News of his “discovery” was published in the local newspaper (aptly named The X-PRESS) and was transmitted (by X-ray) to neighboring regions of the galaxy. Before (relatively) long, a scientist from the distant planet Zeldon arrived on X to investigate this new phenomenon. Being unfamiliar with degrees X he immediately set about converting all the temperature readings to degrees Z, the unit of temperature on Zeldon. Since the two scales were related by the square root function this was not unduly difficult –the data values of 0°X and 36°X obtained by the X-habitant were quickly converted to 0°Z and 6°Z giving an average of 3°Z. Noting that the average temperature 16°X converted to 4°Z, the Zeldonian announced that there existed absolutly no evidence of global warming but, rather, that the empirical data actually indicated global cooling.

A diplomatic incident ensued when the Zeldonian imputed that scientists from X were incompetent and that their thermometric scales were not “intelligently designed”. In a heated X-change, the climatologist from X told the Zeldonian “Our thermometric fluid has been very thoroughly studied. It is so well designed that the length of a column of this liquid enclosed in a suitable cylindrical glass tube varies linearly with our temperature. It is such a versatile substance that it is even used to make an alloy in dentistry on our planet!” “No wonder you X-ians need root canals”, replied the Zeldonian, “No competent scientist could possibly consider using a thermometric fluid which yields the square of the temperature in degrees Z”. What do you call this crazy substance anyway?”, queried the Zeldonian. “We named it after the nearby planet Mercury in our solar system”, replied the X-habitant. Unmoved by all arguments, the Zeldonian proceeded to write a grant proposal to study the phenomenon of global cooling.