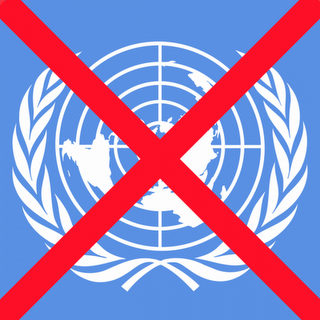 Unmasking the Strategy to Legalize Abortion throughout Latin America

Just a few hours before the vote by the Constitutional Court on a case which will legalize abortion in Colombia, the Documentation and Analysis team of HazteOir (HO), a web based civil association based in Madrid, issued an exhaustive report on the strategy being employed by a group of international organizations to legalize abortion throughout the continent. Experts in both Europe and Latin America point out that Colombia is merely the beach head for this strategy, and warn that the case before the Colombian Constitutional Court is intended as the key to what could be a cascade of similar legalizations.

The report, entitled “Harassment and Destruction of Life: The UN’s Astounding Gamble in favor of Abortion in Latin America”, aims to shed light upon the existence of a ten year old plan, jointly crafted by a number of international bodies, whose shared aim is the legalization of abortion throughout the region. The instigators of this scheme include the UN Committee on Human Rights [sic], the Ford and Rockefeller Foundations, and the International Planned Parenthood Federation (IPPF), an abortion business whose revenue from a global network of abortion clinics amounts to billions of dollars annually.

The document makes clear that the scheme, which involves High Impact International Litigation, is yet another attempt to impose certain global agendas on countries which would not otherwise accept them. These agendas include the legalization of abortion in Latin America and, in European countries in which abortion is already legal, the abolition of conscience clauses for doctors who refuse to carry out such operations.

The report points out that this strategy is one of many being employed to achieve a new international order, in which small, unelected groups of ideologues, unquestioned by anybody and answerable for their actions to nobody, impose their agendas on
entire countries by deception and control of the media.

According to HO, “for Latin America to promote legal abortion is a step backwards when in Spain, which, sadly, pioneered the legalization of abortion, there is now a consensus of public and political opinion that abortion is a tragedy for both mother and child, a tragedy that should be eliminated by offering positive alternatives to mothers who have unexpected pregnancies.

Source: “HazteOir.org unmasks the strategy to legalize abortion in Latin America” HazteOir.org, 9th of May 2006. —Translated by Philip Pennance for Human Life International.