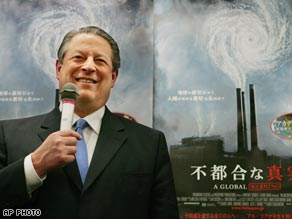 A Nobel Prize For Inanity

Last week, the prison population in England and Wales exceeded capacity. Rather than addressing the main causes of this increase, namely, the abandonment of traditional values and the collapse of the two parent family, the principal concern of the government seems to be that imprisoning more people will increase anthropogenic global warming. Citing “research” showing that carbon emissions within former Home Office bodies , including the prison service, have risen from 28,237 tonnes in 2005-06 to the insignificantly greater amount of 28,925 tonnes in 2006-07, Maria Eagle, Junior Justice Minister, has announced that an increase in the prison population together with changes in “regime facilities”, such as the provision of in-cell showers, have boosted CO2 emissions.

If there existed a Nobel prize for inanity, the scientists behind this ludicrous “research” would surely be in close competition with those at York University who recently calculated the carbon footprint of the average UK Christmas dinner or those who blame livestock for bovoprogenic warming. The Minister’s comments, which lack any common sense, disqualify her from office and illustrate the primitive level to which British education and science have fallen.

Meanwhile, Professor John White, an education adviser to the British government has stated that traditional disciplines such as Math, Geography and History should no longer be taught because they are “middle class creations”. Rather, they should be replaced by topics such as global warming and personal skills, taught via a regimen of “theme or project-based learning”. Professor White’s error is hardly original. The constructivist educational philosophy he espouses is already well entrenched in Britain, and has been since the period of school “comprehensivisation” following the second world war. Generations have already been idiotized —the blind (including Professor White) leading the blind into a rapidly approaching moral and intellectual dark age.

Addendum
The Bishops of London and Liverpool, Dr Richard Chartres and James Jones, are launching the Carbon Fast at Trafalgar Square with “aid agency” Tearfund.They hope to encourage people to reduce their carbon footprint for 40 days.

— The UK  is now an insane asylum.