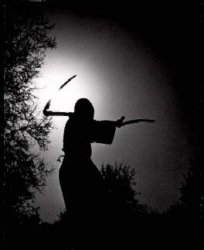 Whether you are classified as dead or alive depends upon your attending physician’s understanding of the concept of death. The radical departure from the traditional cardiorespiratory standard of death inherent in “brain death” has, in Capron and Kass’s words, brought “extramedical concepts to the forefront of concern.”

If as propagandist par excellence, Joseph Goebbels maintained, a lie repeated often enough is soon believed, the brainwashed public’s blind faith in “brain death” is telling testimony to the pervasive power of the big lie. Regrettably, while the medical myth of brain death won’t die, its victims do.

Brain death, a prominent proponent attests, is “a creation of prevailing medical technologies.” Ironically, these “technologies” have nothing to do with the ability to determine death and everything to do with the ability to sustain life. Brain death “standards” have more permutations than the HIV-virus and like AIDS, they are all deadly. The first U.S. guidelines were proposed by the Ad Hoc Committee of the Harvard Medical School to examine the Definition of Brain Death. Their 1968 report, revealingly entitled A Definition of Irreversible Coma, cites two “reasons “to define irreversible coma as a new criterion for death”: (1) “increased efforts to save those who are desperately injured,” in the wake of medical progress in “resuscitative and supportive measures,” and (2) “controversy in obtaining organs for transplantation” in light of the traditional cardiorespiratory definition of death.

Over the years, physicians have practiced euthanasia,” Dr. Willard Gaylin, of the infamous Hastings Center, acknowledges in Harvesting the Dead. “They have withheld antibiotics or other simple treatments when it was felt that a life did not warrant sustaining, or pulled the plug on the respirator when they were convinced that what was being sustained no longer warranted the definition of life.”

The staged debate among its sundry sects notwithstanding, the real question posed by the brain-death cult is not whether its victims are dead but whether they have a right to life. We are, in Gaylin’s words, “faced with the task of deciding whether that which we have kept alive is a human being, or, to put it another way, whether that human being. . . should be considered alive.'” “The problem,” he concludes, “is well on its way to be resolved by what must have seemed a relatively simple and ingenious method. As it turned out, the difficult issues of euthanasia could be evaded by redefining death.” (emphasis added)

We live in a world in which words are wielded as weapons. “Euthanasians,” Fr. Paul Marx reminds us, “abuse language magnificently to their own ends.” Once the dehumanizing derangement of “beating-heart cadavers,” “ventilated corpses,” “living dead,” and other such sociobiological bigotries were accorded the dignity due rational discourse, the wholesale inflation of death by definition was guaranteed. The difference between so-called “whole brain death,” perversely peddled as the “pro-life” definition of brain death, and its kindred spirits, “cerebral death,” “neocortical death,” “social death,” ad nauseam, is the difference between a call girl and a street walker the price at which something sacred will be sold.

Price, of course, is the bottom-line of checkbook euthanasia (and of euthanasia, in general). Brain death is no exception. British advocate Dr. Christopher Pallis cites “the cost-effectiveness equation” as one reason why “it is bad to ventilate a corpse.” Dr. Chandler Brook, of the SUNY Medical Center, asks, “Can an affluent society squander its resources in the preservation of ineffectual life in the body after brain death?'”

Responds Dr. A. Earl Walker, author of Cerebral Death, “The expense of resuscitative efforts in terms of money, professional personnel and hospital facilities made it imperative that their unnecessary use be eliminated.” Dennis Horan, who chaired the American Bar Association’s brain-death committee, continues, “Maintaining patients on respirators in an ICU at $750 or $900 a day until the policy runs out, even though they are brain-dead, is just as morally wrong as the reverse side of the coin.” (Beware those who equate taking life with preserving it.)

Of course, when cost drives the engine of euthanasia, the cover of “choice” is discarded. At the Kennedy Institute of Ethics, Dr. LeRoy Walters warns, “Either patients themselves will say by some kind of prior agreement [‘living will’] that they don’t want to be artificially (sic) sustained in these conditions or insurance companies, Medicare, and hospitals are going to start worrying about cost questions.” When this unholy trinity worries about cost, patients should worry about their lives.

Whose Gift of Life?

Anyone unwise enough to have signed an organ donor card also has legitimate cause for concern. Would you trust a doctor who regards your body “not as an organism in need of healing but as a container of biological useful materials” (to use bioethicist Arthur Caplan’s apt description)? That’s exactly what organ donors do.

Although “organ donors are declared dead, they hardly resemble patients who have died from cardiopulmonary arrest,” the authors of Psychosocial and Ethical Implications of Organ Retrieval concede.

In fact, they remind us in many ways of living patients. They are warm and retain a healthy color, which, is no surprise, because their hearts continue to pump oxygenated blood through their bodies. Digestion, metabolism, and elimination continue.

“Should the (brain-dead) ‘patient’ have a cardiac arrest, even resuscitation is considered essential,” the article in the New England Journal of Medicine (NEJM) continues.

It is no wonder intensive-care-unit personnel may feel confused about having to perform cardiopulmonary resuscitation on a patient who has been declared dead, whereas a ‘do-not-resuscitate’ order has been written for a (legally) living patient in the next bed.

There is a simple scientific reason why brain-dead organ donors remind us of the living. It is because they are . . . until, of course, their organs are “harvested.” “It is the life that remains in dead organ donors that makes their gift worthwhile, the NEJM article affirms. Precisely. The “gift of life” is the gift of the life of the “donor,” often without consent, rarely with informed consent.

“Writers on death have failed to ask the most basic question about the death definition problem,” according to Prof. Gerald Dworkin. “What difference does it make whether somebody is dead?”

To regard “someone who is permanently unconscious as dead is, in my opinion, not a bad thing,” Dr. Daniel Wikler, of the University of Wisconsin, declares. And he is not alone.

As for CURE, we wholeheartedly endorse the views expressed by Doctors Joseph Evers and Paul Byrne in their landmark expose, “Brain Death-Still a Controversy” (The Pharos, Fall, 1990): To say that a patient on a ventilator, declared “brain dead,” is certain to die, and is, therefore, no longer a person is to deny reality.

Great care must be taken not to declare a person dead even one moment before death has actually occurred. Death should only be declared after, not before the fact, as to declare death prematurely is to commit a fundamental injustice. A person who is dying is still alive, even a moment before death, and must be treated as such.

Death ought not to be declared unless and until there is destruction of the entire brain, and of the respiratory and circulatory systems as well.

Previous Condom Roulette
Next The Ravings of Mad Scientists