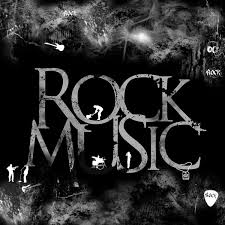 Why Rock Music is Boring

There are not many hit rock bands whose album liner notes begin with thanks to “Our Lord and Savior Jesus Christ.” In spite of this, Jars of Clay, a Christian rock band, has not been kept down in the Christian music ghetto but has moved on up into the mass media. Los Angeles radio station 95-KLOS has given their hit song “Flood” a lot of play: Lift me up when I’m falling/ Lift me up I’m weak and I’m dying/ Lift me up I need you to hold me/ Lift me up keep me from drowning again.

Suppose this Gospel message one day motivates the masses to go to Mass — wouldn’t it make a fitting hymn for worship? While it makes no direct mention of Christ, it does make a blatant biblical allusion: But if I can’t swim after forty days/ And my mind is crushed by the thrashing waves…. And Noah can be seen as a type for Christ, the ark as a prefigurement of the Church — what could be more Catholic? And look at the chorus: Lift me up! What could be more up-lifting? More anagogical, to use a fancy Greek word?*

But is it “good music”? No, says Molly Gustin, a teacher of music theory at Thomas Aquinas College in Santa Paula. Rock music, according to Gustin, while not the worst music, is not good music.

Though not a Catholic, Gustin has been studying a text by Joseph Cardinal Ratzinger, the pope’s doctrine czar, on liturgy and church music. In it, the head of the Vatican Congregation for the Doctrine of the Faith described rock music as “the secularized variation” of an age-old type of religion in which man uses music — and drugs and alcohol — to lower “the barriers of individuality and personality,” to liberate “himself from the burden of consciousness. Music becomes ecstasy … amalgamation with the universe.” This, Ratzinger told the Eighth International Church Music Congress in Rome in 1986, “is the complete antithesis of the Christian faith in the redemption.”

The Christian Faith, St. Paul tells the Romans (12:1), is to “present your bodies a living sacrifice, holy, acceptable unto God, which is your reasonable service [logike latereia].” St. Paul coined that term which Ratzinger translated as “logos-like worship” or “adoration stamped or marked by the word” — really, the Word, the Word of God, who became man for us men and our salvation. That’s why, Ratzinger said, “music which serves the adoration ‘in spirit and in the truth’ cannot be rhythmic ecstasy, sensual suggestion or stupefaction, subjective emotional bliss or superficial entertainment.”

So taken was Gustin with Ratzinger’s keynote address that she is considering making it the keynote of her music class.

What is the purpose of church music?

Gustin: I think the primary role of church music is anagogical, to lead you up. As Cardinal Ratzinger says, the purpose of Church music is not doing; it’s being in a certain condition — a condition in which you are nurtured with hope.

You found his insights astonishing. Why?

So that afterwards the Victim can be consumed?

Food is important; you can’t have a deep communication [without it]; otherwise, it would be too mental, so to speak.

If you take music and through technology make it a CD, that’s analogous to the Word made flesh. Then putting the CD into the CD player, you get back the word again. [That reminds me] of something I read in St. John Chrysostom: he said, Christ is our song. I’ve always wondered about that.

So sacred music is just behind sacred scripture in the liturgy?

Well, I would put it ahead of it! Remember, I’m outside the Church. I think the Church is wonderful, but I think it is only symbolically true.

So what about this technical stuff and what does it have to do with the Word made flesh? I was looking at the most ordered music and contrasted it with the most disordered. Rock has enough order to have a being and an effect on somebody, while nobody likes atonal music, including its writers.

And hierarchy is most manifest in music?

Does Ratzinger speak of “idiot creativity”? where he says, “Not only assistant pastors, but sometimes even bishops have the feeling that they are not loyal to the [Second Vatican] Council if they celebrate Holy Mass exactly as it is printed in the Missale: at least one creative formula must be slipped in, no matter how banal it might be”?

Ratzinger speaks of a creativity that must be different than anything that was done in the past — and is therefore against the Church. The whole development [in music] since 1830 was the rejection of the past. True creativity is making something as beautiful as you can; bad creativity is seeking originality for its own sake. Make it beautiful or make it true or make it good, and then it will be those other things.

Every tone is the overtone series. We’re the ones who make it one. We hear the multiplicity as one…. All that goes on in the … unconscious.

What’s all this got to do with hierarchy?

Chords are not arbitrary: the point is, the chord imitates the overtone series, and therefore it is a hierarchy in which the fundamental [the original tone] is the most important note. That’s all that hierarchy means: that something is more important than something else.

Must there always be a “more important”?

All the hatred of hierarchy is the hatred of bad hierarchies… Lot’s of people hate order — they think they hate order, but what they’re hating is parking lots with rows. But that’s not [hierarchy]. That’s an artificial thing imposed on something.

With music the hierarchy is not imposed on something. I think it’s the difference between life and machines.

Why is a single note in music not just a stupid little note?

So the original tone, the “boss note,” has all these cool meanings?

All the notes have the cool meanings.

But what if the “boss note” is a clunker?

If you’ve got a solid, heavy hierarchy, and you have one wrong note, the rest can hold — even if it’s the “boss note.” It would still sound funny….

When people are against hierarchy…. If you’ve got Hitler in charge…. Hitler wouldn’t have been so bad if they’re had been a hierarchy, because the good people in the hierarchy would have been able to do something about Hitler. Hitler, though, was boss over a mass, but not a hierarchy.

Rock music is music for the masses, and Cardinal Ratzinger has critiqued it as a modern-day anti-cult. How would you critique it in terms of musical hierarchy?

Rock is a big, broad term. A coarse kind of distinction I can make is between music that is rich and music that is so impoverished that it can’t ever be anything…. Two extremes: you’ve got the “order” that is just one note; then you have chaotic notes; both of them are lousy. The third thing is hierarchy, and that’s what music is.

[Rock has] got a little bit of hierarchy, enough to give it being, but so much uniformity that finally you don’t have variety for the single tone.

Hierarchy produces the salt of the earth. In other words, Catholics are much more different from one another than non-Catholics; that’s what salt does. The groupies, on the other hand, are very little distinguished from each other; they’re retarded in a way. Because you’re not born with music, you have to be educated. And even the rock musicians are not much educated — they just have three chords … the ones that their grandmother taught them. Those are good chords. You can do more with these chords than any other.

By rock I mean current popular music. What almost all popular music has is a pattern of several measures in which the chords change regularly. Harmonic rhythm is the rate of change in chords. If I can have my chords change slowly and then increasingly fast, that makes more excitement, more variety. You can have acceleration in Mozart, but you don’t in rock.

You mean rock, the official music of the American anagogical ideal — “live fast, die young and leave a good-looking corpse” — is actually boring and pedestrian?

The rhythm in this stuff is practically nothing. It’s like being beaten with a whip.