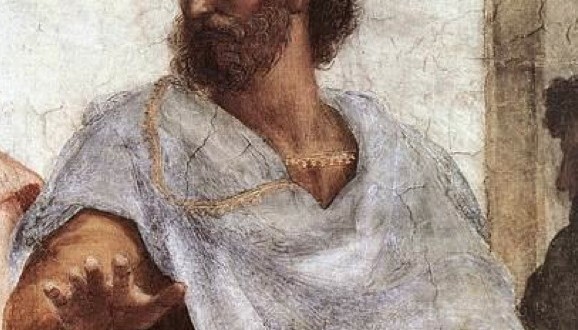 This little paper is an example of epistemology (theory of knowledge). It will make you real smart. Your roommates, family, friends, and even passersby who hear you yacking to yourself will think you’re a genius, –definitely not worthless, sorry, unskilled.

Hang on! Here we go.

We usually focus on texts we are reading; words we are hearing, speaking, or writing; and activities we are engaged in.

But this is superficial, –on the surface. The northern and southern hemispheres are examples of something larger –namely, the concept of hemisphere. Does Ms. Bronzedagger know that? Does she teach that our planet is merely one example of things with hemispheres?

In fact, everything you USE when you teach is an example of something larger. For instance, when you show your students how to solve 10 equations having one unknown (x = 3 + 12;   6 x 5 = y) do not think you are teaching the strategy for solving those 10 particular equations. Know that you are teaching the general strategy for solving all equations of that TYPE. The 10 problems and their solutions are examples of the general type of problem and its solution. That (the general, –the idea) is what you really want students to learn. (Otherwise, how can they generalize to new examples?)

The classical role of teacher is to educate, —to lead students out of the cave of illusion (superficial knowledge of particular and changing things) to knowledge of what is general–universal, stable, and enduring. You teach about the Revolutionary War, Civil War, First and Second World Wars, and Cold War, –not so your students can think and talk about these particular wars only, but so they can think and talk about concepts, rules, and theories of war generally. Likewise, you teach students to sound out slip, slim, man, rim, lip, lamp, and ram, not so they can read these words only, but so they learn the general strategy for sounding out all words.

It is cognitive. It is an idea abstracted from (taken out of) the examples. We can’t teach or learn the sounding out strategy itself, –without words to sound out. We can’t see a rule relationship. We can only abstract a rule from examples of the rule relationship.

The question is How do you get students’ minds to move from concrete things (examples) to cognitive knowledge of general ideas revealed by or embedded in the things, –and how do you do this in the surest and fastest way? The answer is, Logically precise design of communication.

Believe me or believe me not, your true project as an educator is philosophy.

Each form of cognitive knowledge (see above) is a LOGICAL FORM, or has a LOGICAL STRUCTURE. And each form involves certain LOGICAL OPERATIONS, —mental steps, you might say. For example, you have to perform certain logical operations or mental steps in order to move from seeing examples to getting (grasping, understanding, knowing) and then using (applying, generalizing) a concept.

Following is the logical structure and the logical operations (mental steps) involved in getting and using (applying) the four forms of COGNITIVE knowledge, –i.e., these are the mental/logical steps in moving from examples (things) to ideas (cognitions), –from the superficial to knowledge.

The logical structure of a verbal association

The logical structure of a concept

The logical structure of a concept is ALL OF THESE EXAMPLES HAVE SOMETHING(S) IN COMMON. THEY SHARE A SAMENESS in their features.

So, to get a concept (a general) means to get the sameness that is common to the examples (particulars) but that is NOT found in the NONEXAMPLES. The mental steps for moving from examples to the general idea (concept) are:

The logical structure of a rule relationship

The mental steps (logical operations) for moving from examples of the rule to the general rule itself (the idea) woven through (common to) or revealed by the examples would be:

Therefore, the most effective and fastest way to teach a rule relationship is to teach THE RELATIONSHIP (GOESTOGETHERNESS) COMMON to the EXAMPLES. Here’s how.

The logical structure of a cognitive strategy

The logical structure of a cognitive strategy is a sequence of LOGICALLY ARRANGED, OR PROGRESSIVE STEPS (each next step depends, logically, on accomplishing the earlier ones; and each step, logically, makes the next step possible), GOVERNED BY RULES (“If the product is ten or more, write the … “), and USING CONCEPTS (product, tens, ones, column, times, carry) AND VERBAL ASSOCIATIONS (seven times five is 35).

So, to get a cognitive strategy is to get the logical arrangement of steps (and to see the necessary progression) and the concepts, rules, and verbal associations needed.

Therefore, the fastest and most effective way to teach a cognitive strategy is to teach the sequence of steps, the logical necessity of the progression, and all of the concepts, rules, and verbal associations needed. You may have to teach a strategy in chunks (forward chaining):

Application of the four forms of COGNITIVE knowledge using deductice and inductive reasonining tell what it means to teach in a logical fashion.

You DO NOT want MY spirit haunting YOU. I will come back, –hot from Hell.

A Wrath, a Demon …
Unfightable, unwarrable on, unholy,
A bold, black Ruin …
I will suck your life’s blood dry,
then hale you below
To pay the painful penalty …
For mighty Hades is strict
In calling men to account under the earth.
His mind keeps records,
Nothing escapes his control.