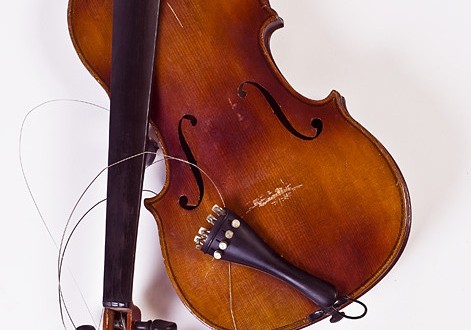 A Critique of Jarvis Thomson’s Violinist Argument for Abortion

A widely quoted 1971 essay by Judith Jarvis Thomson utilizes an ethical dilemma to argue in favor of an alleged right to the kill the unborn. Her analogue of pregnancy is a universe in which a famous violinist is tethered for 9 months to a woman so that his life can be saved by sharing her kidneys. As is the case with many such dilemmas, the result is not an ethical isomorphism but, rather, a false analogy.

That Jarvis Thomson realizes that her arguments are flawed is evidenced by her attempt to buttress them with pseudoscience. Her initial remarks include the philosophically and scientifically erroneous assertion that “A newly fertilized ovum, a newly implanted clump of cells is no more a person than an acorn is an oak tree”.

Since, acorn and oak are both stages of Quercus alba, Thomson confuses the accidental with the substantial. A zygote is not a clump of cells but the initial single cell containing all the complete genetic information pertaining to a new individual. i.e., a zygote is as much a stage of human life as is, say, puberty. Indeed, there are 100,000,000,000,000 (i.e., 1014) atoms in a single cell –more than the number of stars in the Milky Way. In the unborn child, whose murder Thomson seeks to justify, there are more than a trillion such cells. This use of relative and therefore scientifically meaningless terms such as small and clump, is a standard rhetorical trick commonly employed by supporters of abortion to hide the actual complexity of the first stages of life -a complexity equivalent in organizational level to an adult human.

From physics, it can be deduced that at the moment of conception, the states of egg and sperm instantaneously “entangle”, to form new human life. While it lies outside the domain of even the most sophisticated mathematical models to ever fully describe the infinitely more complicated underlying reality, what is scientifically very well established is that full human life begins at the moment of conception [2].

Indeed, Jarvis Thomson’s analogy of unplugging a sick violinist is not even remotely equivalent to aborting a child. Donald DeMarco and Benjamin Wiker [1] identify numerous significant ethical differences including:

Thus, Jarvis Thomson’s ethical dilemma is not at all equivalent to the moral question of abortion and no conclusion can be drawn from her argument.

Jarvis Thomson’s article includes a second thought experiment which borders upon insanity:
“Suppose you found yourself trapped in a tiny house with a growing child. I mean a very tiny house, and a rapidly growing child–you are already up against the wall of the house and in a few minutes you’ll be crushed to death. The child on the other hand won’t be crushed to death; if nothing is done to stop him from growing he’ll be hurt, but in the end he’ll simply burst open the house and walk out a free man… However innocent the child may be, you do not have to wait passively while it crushes you to death… “

As DeMarco and Wiker [1] note:

“… She abandons existential realities and takes flight in the realm of the phantasmagoric. There, ensconced in that self created world, she makes pronouncements about how people should live and act in our real word. Her view of things proceeds independently from any recognition of an order of either reality or Providence. People-seeds blow into our houses, take root in our carpets, and ask us to be their caretakers. This is science fiction, not the real world. The greatest danger in her thinking, however, is not her approval of abortion, but her portrayal of a world that is frightening in its arbitrariness and utter inhospitality that the only refuge we can take is within our own isolated will…”

Jarvis Thomson’s argument is based on the obvious fallacy that, to prevent the mother from being “crushed to death”, the unborn child should be “stopped”. It is ironic that the notorious pro abortion organization Planned Parenthood/Profamilia selectively crushes unborn babies in order to extract and sell their organs.

That Jarvis Thomson’s scientifically and philosophically flawed pseudo-intellectual opinion piece is still widely disseminated by supporters of induced abortion evidences the weakness of their arguments.

Previous The Dictatorship of (Thermodynamic) Relativism
Next Obama Care