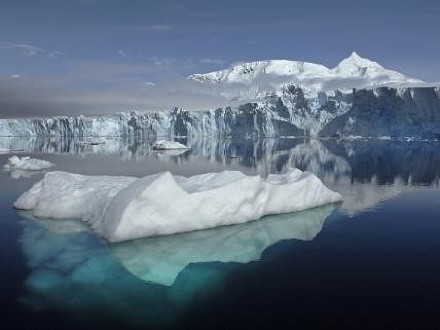 “Pagan emptiness and fears about nature have led to hysteric and extreme claims about global warming. In the past, pagans sacrificed animals and even humans in vain attempts to placate capricious and cruel gods. Today they demand a reduction in carbon dioxide emissions.” —George Cardinal Pell

The American Physical Society (APS) has joined the junk science bandwagon. According to the abstract of a talk at the April 2007 meeting of the APS, “On failures in education and public policy”, by John Ely of University of Washington, an example of such a failure is

This claim is scientific nonsense. As is well known, planets with no Christian populations such as Jupiter, Mars, and Venus are all simultaneously undergoing temperature changes or exhibiting severe weather. Nevertheless, this author appears to believe that mere Christianity (not CO2 or earthworms or the sun) is the principal motor behind global warming. This would be funny were it not for the fact that some environmentalists regularly come out with statements such as:

“90 percent of us need to be wiped out by exposure to Ebola or some other deadly virus in order to save the planet.”
—Eric Pianka, evolutionary ecologist

“The damage people cause to the planet is a function of demographics … we must eliminate 350,000 people per day.”
—Jacques Cousteau

“Man is always and everywhere a blight on the landscape.”
—John Muir, founder of the Sierra Club

“Human beings, as a species, have no more value than slugs.”
—John Davis, editor of the journal Earth First

“Until world population is below the 2 billion mark, there will regrettably be a need for US armed forces.”
—John Ely

In a prior and equally ignorant screed, also published by the APS, Ely also falsely claims that “the long tragic litany of human slaughter in wars was forced on the world by mistakenly perceived differences in religions” and calls for the re-education of believers in God.

Given that scientists and environmentalists have already caused the deaths by malaria of at least 50 million people by banning the relatively harmless chemical DDT, statements such as this should not be ignored. Like Adolf Hitler, those who say such things often mean them.

To “save” our children from the effects of highly speculative anthropogenic global climate change, many previously reputable organizations, such as Oxfam and Christian Aid, are now advocating the abortion of the very children they proclaim to “save“. Population control (totalitarian or otherwise) is official doctrine for many environmental groups and the United Nations. Such policies have already led to a catastrophic decline and aging of the population in many countries with a concomitant damage to the economy.

The APS, by providing a platform for such views, is condoning anti Christian bigotry and making itself an accomplice to the cabal of extreme socialists and environmentalists who wish to impose totalitarian population control regimes on other people. The APS damages its reputation by lending itself to these antiscientific agendas.

“The urge to save humanity is almost always a false front for the urge to rule.” — H.L. Mencken