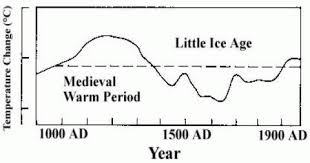 On the non existence of a global mean surface temperature I. 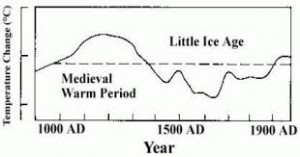 “… On principle it is quite wrong to try founding a theory on observable magnitudes alone. In reality the very opposite happens. It is theory which decides what we can observe.” — Albert Einstein.

To fully appreciate the controversy surrounding theories of global warming, it is first necessary to understand that, from its very inception, the field of thermodynamics has been marred by serious misconception and error, a fact that has been well documented by Clifford Truesdell [4] in his aptly named book The Tragicomical History of Thermodynamics 1822-1854. According to Truesdell:

One widely held misconception, which can be found in many current statistics texts, is that temperature is an interval random variable, i.e. one transforming under a change of scale via a linear relationship. This error probably arises by false analogy from the fact that the change from Fahrenheit to Celsius as well as other commonly used changes of temperature scale are affine.

Common sense dictates that there is not much physical sense in averaging the temperatures of the sun and a beaker of ice water. Unfortunately, in this age of readily available technology, such computations are routinely carried out by eager students, well versed in the operation of the free laptop machines thrust upon them by governments, computer companies, and an army of educational bureaucrats. The impressive three-dimensional colored graphics so easily produced by such machines wrings undue praise from naive parents and teachers, in turn encouraging further misuse of technology.

The truth is that when a random variable represents some quantity in a physical theory, the axioms of that theory may impose restrictions on the class of functions that can be used to transform the given variable. This, in turn, may lead to constraints on the statistical quantities that can be “meaningfully” computed. For example, the requirement that the total length of a concatenation of two objects be the sum of the lengths together with a continuity assumption implies that changes of length scale must be linear. Thus, to change yards to feet we multiply by 3, a linear operation. One consequence of this is that the mean must be preserved under a change of length scale and, in particular, the concept of mean length is scale independent.

Temperature, on the other hand, does not behave in the same way as length with respect to concatenations. For example, two beakers of water, each at temperature

do not combine to produce a concatenation with temperature

. This idea probably arises, by false analogy, from the fact that commonly used changes in scale, such as that from Fahrenheit to Celsius, are of this form. In reality, the only constraint, in classical thermodynamics, governing changes of temperature scale is the assumption that the set of all hotnesses of a body comprise what mathematicians call a one-dimensional C¹ manifold with an intrinsic ordering [5]. It is well known, a proof is provided in [2] , that this axiom is compatible with any change of temperature scale which is continuous and order preserving. Since an arbitrary order preserving change of scale does not in general preserve the mean, it becomes possible, depending on the scale used, to interpret the same set of data as either global warming or global cooling, thus explaining the apparent paradox in reference [1]. Ergo, a concept such as mean global surface temperature is, in a sense, meaningless.

Thus we see that the physical meaningfulness of a quantity depends crucially on the allowed changes of frame and scale. If a person were so lucky as to double his money, it would have roughly the same consequences in any currency; but the effects of a Celsius doubling of temperature would in general be different from a doubling in degrees Fahrenheit. Moreover, if non-affine changes of temperature scale are permitted, it makes no sense to say, for example, that the temperature difference between 0 and 10 degrees Celsius is the same that between 10 and 20 degrees Celsius. In a nonlinear world, temperature differences as well as average temperatures are scale dependent quantities.

The fact that, in practice, we limit ourselves to affine changes of temperature and linear data processing merely masks this issue, giving a false sense of security that the averaging of temperatures, or the comparing of temperature differences, are actually meaningful. However, the underlying philosophical concerns remain —as an elephant in the room.

Theories of human induced global warming have become a dangerous distraction from good science. Before we destroy the world’s economy and reduce large numbers of people to misery, in a deluded attempt to ward off a nonexistent phenomenon, let us first pause to remember the 80 million people, at a conservative estimate, who have died of malaria due to the banning of DDT on the basis of similar junk science.

Previous UN – Warning to Donors
Next On the ordinality of temperature.