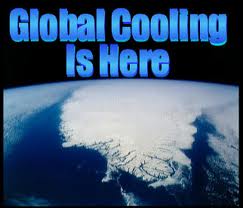 On the non existence of a global mean surface temperature II

We showed in a previous posts [4] that the concept of a global mean surface temperature is a scale dependent object and consequently of little physical meaning. To highlight this fact, in [3] we provided an explicit example of a data set which was rigorously compatible with both global warming and cooling.

Ignoring for the moment, this lack of meaning, we will in this post assume a fixed temperature scale and look at measure theoretical difficulties which, I claim, make impossible the measurement of a global mean surface temperature. We start with a few words concerning measurement in general.

Agreement concerning basic definitions, models, and measurement procedures is an objective of good science. Consider, for example, the concept of length in a Galilean spacetime. If a sequence of independent, identically distributed measurements

is made of the length μ of a rigid rod, then, by the central limit theorem, the sampling distribution of the mean

of the sequence converges to a normal distribution with mean equal to the mean of the sample distributions. In the absence of bias, the mean of the sample distribution will be the exact length μ. Moreover, the variance of the data can be compared to that expected from knowledge of experimental errors inherent in the details of the measurement process. Unexpected discrepancies can then be evaluated and possible model weaknesses analyzed or unexpected sources of error sought.

Application of this measurement procedure to, for example, the temperature measurement of a homogeneous fluid body in a constant state would quite likely raise few concerns. On the other hand, the surface of the earth is not a homogeneous fluid body in a constant state. If a number of different observers each using different sets of surface points make estimates of the global mean surface temperature, then the sequence of values so obtained does not represent a list of independent, identically distributed random variables and the hypotheses of the central limit theorem do not hold. Rather, this situation is like unto a set of observers, ignorant of the precepts of special relativity, travelling at different, but high, velocities relative to each other, and attempting to ascribe a length to a rigid rod which does not lie in their respective rest frames. Since the model hypothesis of a Galilean spacetime is false, the very concept of length is physically meaningless and differences in length obtained by different observers cannot be attributed merely to technical difficulties connected with the measuring process but rather to the incorrect model assumption of a Galilean spacetime. Due to the relativity of simultaneity, different observers are, in reality, measuring the separations between different pairs of spacetime events. Discrepancies obtained by such observers cannot in this case be ascribed to experimental error which can in principle be overcome by sufficient ingenuity; rather, their explanation requires a fundamental change of philosophy and the recognition that each is measuring a different parameter. In this case, knowledge of the experimental errors involved and of the discrepancies between observers would hopefully lead to a change in the model hypothesis and the discovery of special relativity. This, in turn, would enable the observers to transform their measurements to the rest frame of the rod, thereby yielding consistent estimates of the true rest length.

Unfortunately, the measurement of global mean surface temperature turns out to be far more complex and discrepancies between different observers measuring different distributions cannot be so easily transformed away. Some authors, attribute statistical bias in global mean temperature estimates to an uneven distribution of weather stations. This attribution implicitly assumes that such errors are amenable to correction by more uniform sampling or, perhaps, by better statistical processing. However, the cause of the bias is measure theoretic in origin and cannot be overcome by, say, increases in sample size and quality. A finite sample of points has surface measure zero and cannot, in general, reliably estimate an arbitrary unknown surface distribution. A surface has volume measure zero and surface measurements cannot reliably estimate an unknown volume distribution. Worse still, temperature distributions over a sphere exist with the property that, with probability 1, any sample will yield a global mean surface temperature with as large a pre-prescribed degree of bias as desired. Such measure-theoretic bias is not amenable to correction by increased sample size, or improved sample distribution, or by a suitable smoothing of the data. In fact, and without recurring to the theory of distributions, one can show that for any integer

, there exist infinitely many temperature distributions over the sphere, such that a random sample of size N will, with probability

, have a mean which differs from the true mean by a pre-specified error

. Thus, the onus for those who attempt to measure a global mean surface temperature is to show that the earth’s actual temperature distribution does not posses this type of mathematical pathology. This might not be easy since the actual distribution is unknown.

In reality, when temperature is measured, there exists the eminently practical problem of deciding how much weight to allocate to sample points which might be so unlucky as to fall in such hostile and inconvenient places as on an iceberg in the middle of the ocean or at the center of a vocano. Two icebergs or two volcanoes of the same “surface area” may have considerably different volumes and, hence, correspondingly different thermodynamic contributions. The human decisions necessary in such circumstances, indeed, inevitably lead to a degree of arbitrariness. This arbitrariness is compounded by the additional difficulty, not dealt with here, that when time averages are computed, the values obtained depend on the time interval selected by the observer to compute them and hence are subject to human bias.